Hinduism can be a confusing religion to many westerners. The profusion of deities with multiple arms and who are sometimes shown with animal heads, can seem strange and exotic. Hinduism has been called the oldest religion in the world, and there are aspects of it that can be traced back to the Bronze Age Indus Valley civilisations of 1200 BC.  Many of the practices and social institutions of Hinduism that flourish today are a glimpse into a world that we have lost in the West; temple cities and schools of philosophy, elaborate public processions and festivals to celebrate the seasons, and the daily rituals to honour deities, are all reminders of life and religion in Classical Greece and Rome.

One aspect of the ancient past to survive into modern day India is the worship of God in female form. The goddess can take many forms, such as the ferocious and protective Durga or Kali, Sarasvati the goddess of learning and knowledge, Lakshmi the goddess of wealth, among many others. Although they are labelled with a specific function all of these goddesses have deeper, spiritual roles that resonate with their worshippers. Many of the more well-known and popular goddesses are known as ‘pan-Indian’ deities in that they are worshipped by any level of society and are found throughout the vast sub-continent. The goddess is seen to be one who can manifest into multiple forms for the needs of her devotees. The goddess is both the one and the many. As the one goddess she is known as Devi (Goddess) or Shakti (energy), or on a more personal level, Ma or Amma, both meaning mother.

Some goddesses however, are only found at a local level and will act on the behalf of a community. India is still a predominantly agricultural country and the majority of its population live in villages. But, these local village goddesses are still seen to be manifestations of the one great goddess. In Hinduism the goddess can either be the consort to one of the male deities, or is worshipped in her own right. When worshipped on her own she is perceived to be the ultimate form of godhead and is considered to be more powerful than the male deities. In village religion the goddess is usually the most powerful and primary deity and will have a shrine at the centre of the village under a sacred tree. These shrines can either be small, enclosed temples, or open air platforms with either statues or vermillion smeared sacred stones as the focus of worship.

An interesting object that I have been working on as part of the Derbyshire School Library Service project, is a wooden head of a village goddess, known as a Gramadevata. The village goddesses are intimately connected with village life; on the one hand presiding over the fertility of the fields and animals and the well being of the community, and on the other expressing her wrath by drought, floods and epidemics; the goddess has always been perceived to be both benign and ferocious.

As a goddess of nature she is omnipresent in the world, not otherworldly and distant like many of her male counterparts. She is primarily associated with fertility and the earth, and the land of India itself is seen as the body of the goddess, whose forms can be found in the features of the landscape. As a mother she protects her devotees from the dangers of the world.

The goddess often takes on a primary role as a healing deity and offerings are left at her shrines to ask for help. Hinduism is not a static religion, and is constantly developing all the time. New deities appear in response to new needs; established goddesses undergo change. For example the goddess of smallpox, Sitala, underwent such a change when this disease was eradicated in the 1970’s. She is now supplicated to protect her devotees from measles, chickenpox and other diseases.

As one devastating disease is eradicated, another rears its ugly head! In the 20th century HIV/AIDS became one of the most insidious diseases to affect the world, and in India AIDS-amma appeared in response to the growing threat. This modern day goddess was installed in a small shrine in the village of Menasikyathana Halli, in rural Karnataka. She was created by a civic-minded schoolteacher as part of an AIDS awareness campaign.

With Coronavirus raging across the globe the response to this threat in India has again been expressed through the goddess. Images are starting to appear of the ferocious warrior goddess Durga, weapons in hand fighting a personification of the virus. She also holds in her numerous hands a face-mask and bottle of hand sanitiser; it must be remembered that many in India are still illiterate and so symbolic images such as this are a way to get important messages across.

The head of the village goddess is currently on display in the Wonders of the Peak gallery at Buxton Museum and Art Gallery. Once we are open again to the public, and some sort of normality returns, we hope, by the blessing of the goddess, to see you soon.

Did you work out the purpose of Mystery Object of the week 1?

The next artefact is not only a puzzle to you, but to the museum staff ! Whilst Buxton Museum and Art Gallery was closed for refurbishment in 2016/17, we toured a pop-up museum, offering the public the opportunity to handle objects from the collection and venture a guess as to what they were. This object provoked some chin stroking / head scratching.

Unfortunately, when museums inherit collections, they don’t always get the documentation to go with it. The only fact we have on this oddity is that it’s from the Dorset coast, which is a big clue. Answer revealed next Friday (hopefully).

Answer to last week’s object: The chair was used by Derbyshire police to keep suspects in position for a photo fit, the wedge in the middle marking (somewhat uncomfortably) where your bottom should go. in the early days of photography, exposure was not instant and you were required to keep still for a few seconds. Dignity was obviously not a consideration.

It seems logical to have an introduction. I’m Phil, I’ve been volunteering now at the Record Office for 4 ½ years. Prior to this I had worked here for 2 ½ years and got very attached to the place! I couldn’t be got rid of that easily!

Over those 4 ½ years I have helped out by working mainly with first hand archive documents, which have ranged from First World War soldiers’ diaries, planning applications in Long Eaton, the Sheepbridge archive (which I have only half completed!) and the current ‘task’, which I seem to have been engaged on for many months… More of this in a minute. First some background…

I believe it was one of the archivists, who set me off on, what has for me, become something of an obsession! Becky first asked me whether I would be prepared to do it- it might take a while… 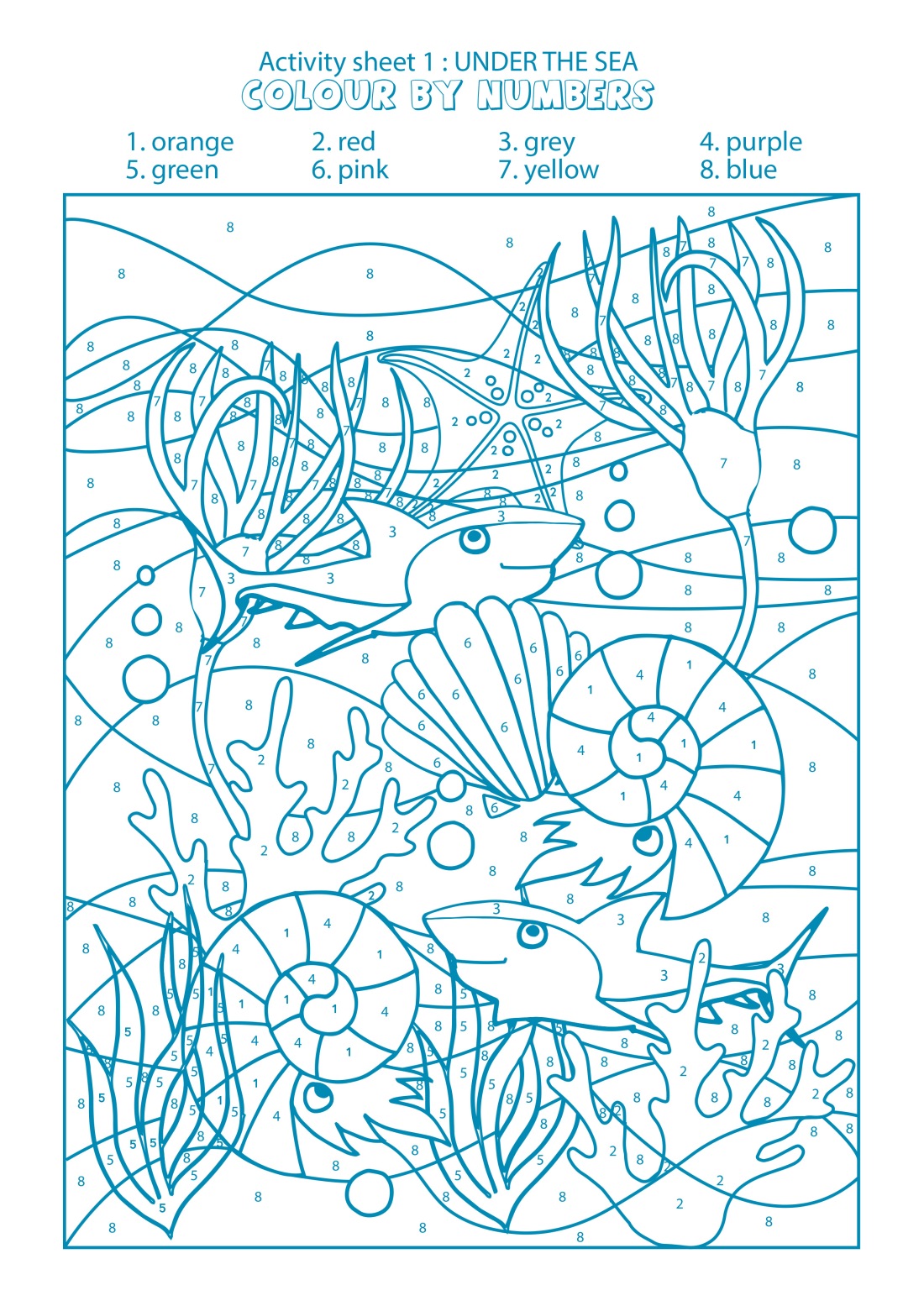 Every Tuesday I’m going to post a printable activity sheet. The answers to each sheet will be posted the following week.

theme : Under The Sea

It’s hard to believe that 340 million years ago The Peak District was actually covered by a clear, warm, shallow sea full of shelled creatures, and coral reefs.

The colour by numbers activity sheet shows 6 living animals and organisms can you name them? To start you off ……one of the answers is mentioned above. A couple of them are really tricky so ask a grown up to help if you get stuck.

The sheet is available as a PDF here:

colour by numbers under the sea

Before the record office closed due to the Covid-19 virus, Melanie, one of our Archives Assistants, discovered the tale of an interesting Derbyshire character….

With delight, I came across an account of Owd Sammy Twitcher’s visit to Matlock – or visit ‘tu’t Watter Cure Establishment at Matlock-Bonk’, held at the Derbyshire Record Office in Matlock.

For those of you new to this beloved character, Owd Sammy is fictional character featured in a series of booklets written by Joseph Barlow Robinson in the late 1800s.

At the time, there was rise in popularity of affordable weekly almanacs and books for adults and children alike in Derby and across the county; many – such as this – were published by Bemrose, a respected and prolific publisher in Derby.

Owd Sammy is highly entertaining and comical; uniquely his various escapades in and across Derby.  Accurate details are provided about Derby and the county…